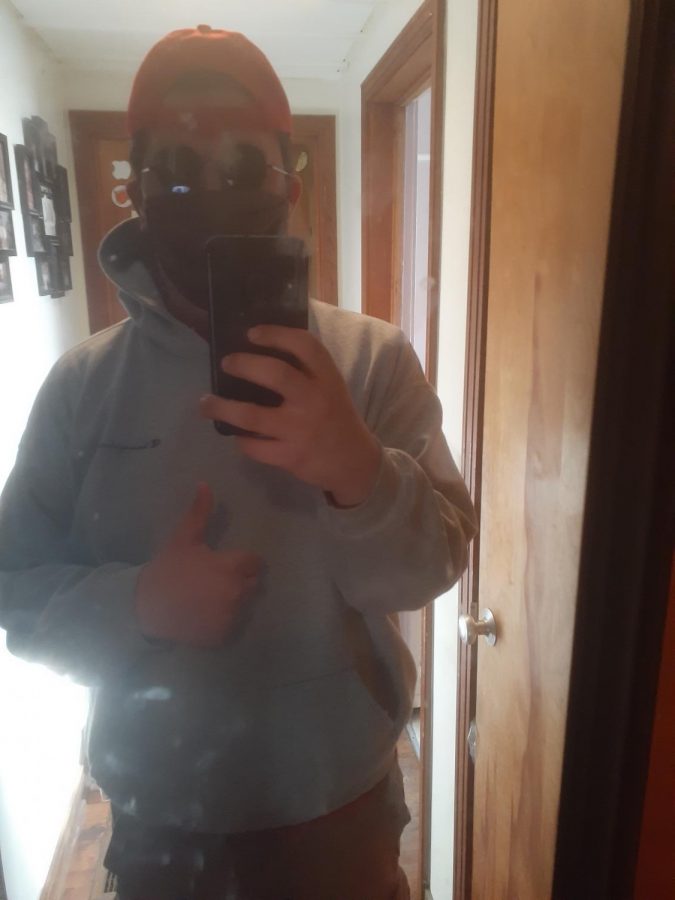 Feel bad about wearing a mask? Don't, because as this picture shows, someone always looks worse.

So, as you may’ve guessed, I’m late to the party. That is with reason, however, as I didn’t quite understand how to deal with myself during this ‘extended vacation.’ My days start at noon, end at 5 a.m., and hardly have anything between those points to keep me busy. I’ve done virtually nothing this past month, and it is incredible to think that interesting things have happened. Anyway, enough with that. I’m here to tell you how I’ve kept from going insane in these trying times.

Whether you like them or not, video games can be good for your brain. They provide an external stimulus that makes tasks like problem solving, team building, quick thinking, and fast action through muscle memory happen. My games of choice have been Minecraft and Doom. They couldn’t be more different, with Minecraft surging on creativity and peaceful building nature, while in Doom, you are caught between heaven and hell, fighting demons to make peace (God’s Work). Either one is a good choice; you can let off steam by taking action in whichever fictional world you choose. An honorable mention is Animal Crossing: New Horizons, which I’ve heard is a great time killer.

I know, I know, that sounds stupid. I, for one, was against this, until I couldn’t take it anymore. I hooked up my computer to the tv in my room and downloaded Blender, a 3d rendering software. I know enough about it to know I want to try, but that’s as far as my knowledge goes. Following tutorials on Youtube, I’ve made a donut, and I’m very proud of it. Anyway, what I’m trying to say is, find something that you’ve wanted to do for a long time and go for it. Even if you become disinterested in it, it is still good to try something new.

Drawing, for me, has always been a stress reliever. Whether it’s on a piece of paper in Ms. Cutright’s class when I’m supposed to be working, or a piece of paper at Peg ‘N’ Red’s, I’ve always loved to draw. I’ve been watching an anatomy drawing class online to help with proportions, something I could never do. And hands. Oh lord, the hands. Anyway, I’ve been trying to refine my drawing, so maybe someday I can draw on my homework instead of doing it and still get an A. So, practice something you like.

This is where 45% of my screen time goes on my phone (thanks, Analytics). Whether it’s video on computer builds, giant food, or video essays about a movie, I’m always enthralled by what my recommended page has to offer.  So, if you get bored, watch some Youtube videos. You might learn something.

Ok, I know that you probably aren’t a viewer of the show, but it is by far the best written show on television right now. Monday night’s episode, in particular, was very tense indeed. This show is full of clever writing, witty jokes, amazing characters, great camera work, and a vision made by Vince Gilligan and Peter Gould. The last episode that aired was the penultimate episode of the 5th season. With this in mind, every Monday night has been primetime television.

To keep my mind off of it when it is gone, I’ve been watching Brooklyn 99. If you’ve never heard of it, it’s a comedy about the 99th precinct in Brooklyn, and its cast of wacky characters. It is by far one of the best experiences I’ve had watching a tv show, and one of the few that I can binge for hours on end.

Ballin’ Up with the Boys

Most weeks, Wesley, Blake, Seth, Brody, and I (sometimes fewer people) go down to the park and have our coveted COVID 19 Quarantine Invitational, which is always a great time. We always have a blast playing ball, as none of us take it seriously, and it usually ends with tag. Anyway, it’s never a bad thing to have a basketball game with the boys sometimes.

While I do this regardless, driving around is now one of my most valued pastimes. It is a stress reliever like no other, and the best thing is, you don’t have to talk to people if you don’t want to. All you gotta do is get some good music playing, and drive. That’s it. I’ve done it so much that I’ve had to fill up Ol’ Red twice on this break, and it holds 35 gallons. RIP my wallet.

So, there you have it. These are what have saved me from committing some unsavory deeds, I suppose. While I’m still bored out of mind for most of the day, it’s not as bad as it could be. So, do yourself a favor, and find something you really like to do, and do it. If you can’t find anything, refer to our posts for inspiration. Anyway, that’s all I have for today. I hope everyone’s doing ‘ight, and I hope you have a good day.